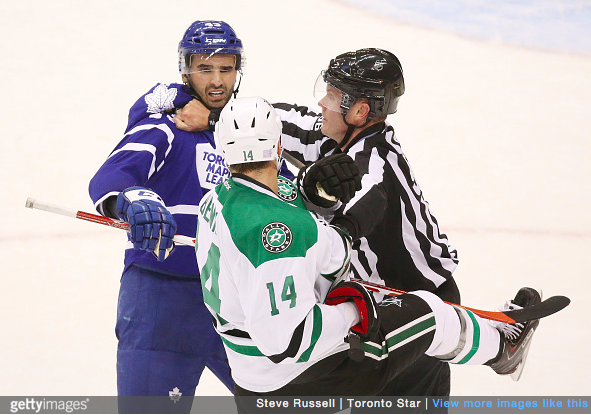 Though the season is still in its infancy stage, based on the first month of play it appears we’re headed towards another slight dip in goal scoring all across the league. Whether it’s the rules, the groupthink resulting in conservative approaches by most teams, or a testament to the level of goaltending floating around, the trend is very much real.

In a world with a suppressed number of events and fewer goals being scored in general, the importance of finding hidden value to get a slight leg up on the competition is heightened even further. As the hockey community has progressed and developed with advancements in puck possession metrics and the such in recent years, its only getting trickier to identify and exploit these market inefficiencies.

One that isn’t necessarily new by any means, but still doesn’t have the type of traction that it likely should is penalty differential. Given that teams continue to convert on somewhere around 18% of their power play opportunities on average, the value of a player that can serve those chances up on a silver platter remains immense.

I should note that all of the following numbers are provided by the invaluable War on Ice, and that they are up-to-date through the November 2nd slate of games. To avoid any confusion, the penalty differential itself is just the number of times a player has drawn a penalty minus the number of times he has taken one. These don’t include coincidental minors, fighting majors, or situations in which the opposing team scored with the delayed penalty in effect.

The list of players that have excelled at providing net power play opportunities for their team may not be overly surprising, but it does highlight that there’s multiple avenues for being productive in this regard. There’s a healthy combination of speed, puck possession ability, and innate irritant qualities amongst the group.

The most important thing to note is that for the large majority of the guys above, it’s hardly surprising to see them near the top of the list. While there’s still some wiggle room for variance – particularly this early into a season – its been shown that excelling at drawing penalties tends to be a repeatable skill.

That’s most certainly the case for Nazem Kadri, who after a trio of penalties drawn in a game against the Stars now leads the league with 10 of them through just 11 games. He has paced the league in this category for three years running, and boasts a remarkable +77 penalty differential over that time (including this season).

It’s interesting to see that Dustin Brown isn’t on the list thus far, and has only an even differential early on. While it seems reasonable to surmise that his numbers should be dipping as he declines physically (and they have been from one year to the next since his absolute peak from ’08-’12), he was still over the +20 plateau in each of the past two campaigns. Say what you will about his methods of doing so, but Brown’s 80 penalties drawn in ’08-’09 is still one of the more mind-boggling stats out there.

One final note: I don’t really know what to say about Anton Lander’s season. He’s getting absolutely caved in at 5v5 with his score-adjusted 36.27% possession rate and hasn’t even mustered a single point on the year despite playing over 15 minutes a night. But here he is, providing a healthy dose of chances for McDavid, Hall, and Co. to produce with the man advantage.

An interesting medley of guys who are talented and productive but have been known to be either careless and/or sloppy from time to time (Vanek, Ribeiro), really good players who happen to mix it up and respond to the physical nature with which defencemen attack them (Getzlaf, Landeskog, Hanzal), and then some guys you’d expect to see on here who don’t really bring much to the table for their teams. You’ll accept the bad with the good for the first two buckets of players, but when bottom-6 types are routinely putting your team in precarious positions in addition to not providing much offense the other way, that’s a killer.

I’m still trying to figure out what a player like Brandon Bollig brings to a team? His shenanigans are being compounded by the fact that the Flames goaltenders can’t seem to make a save while their team is shorthanded this year. As a result, the Flames have already given up 9 power play goals against in just 12 games (tied for the 6th most in the league).

There’s something to be said for a defenceman that’s able to refrain from taking a penalty to temporarily relieve pressure by either skating well enough, positioning himself effectively, and/or using his stick expertly. A large portion of the guys listed above are capable of moving around the ice effortlessly and are constantly putting themselves in positions to succeed. That prototype of defenceman is where the game has been and will continue to be headed, and is a common trait shared by the best defence corps out there.

It’s fitting that in the article in which Tulsky mentions that defensemen who don’t take many penalties have the most repeatable of skills, he cites Tanev, Spurgeon, and Ekman-Larsson as examples. Given how prolific a penalty killer Tanev is in particular, the fact that he’s available for most of his team’s kills is a gigantic advantage.

There’s the slick, puck-moving blueliners in the previous group, and then there’s Brooks Orpik.

As I mentioned earlier regarding Bollig, it’s not helping the Flames that two of their best three defencemen are on a first name basis with the score keeper sitting in the penalty box. Then again, it’s a lot easier to find yourself in a position in which you’re forced to commit an infraction when you seemingly never have the puck as a team.

As for guys like Brent Burns and Dustin Byfuglien given everything that they generate for their teams on the other end, I think they’ll be forgiven for their infractions. Though Byfuglien in particular should probably consider himself somewhat lucky that some of his penalties early on haven’t resulted in additional punishment.