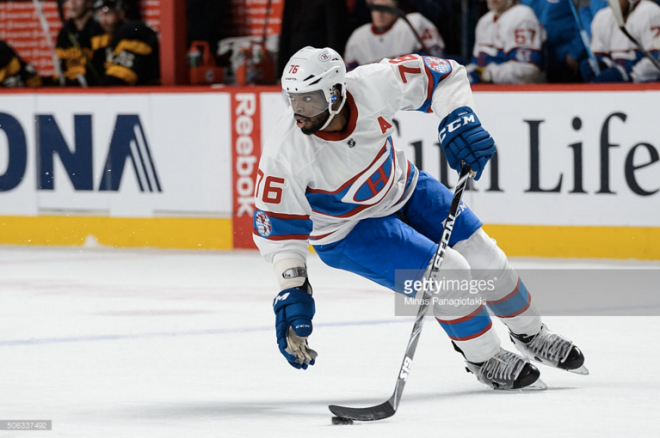 Posted on January 21, 2016January 22, 2016 by hockeypdocast Posted in ArticlesTagged Articles

At this point it’s nearly impossible to be overly dramatic when describing the Jekyll and Hyde act we’ve seen from the Canadiens this year. It’s not that they’re necessarily the first team to follow up a strong start to the season with a disastrously pronounced dip back down to earth, because they surely aren’t. We’ve seen both the volatile nature of underlying percentages and injuries to key players submarine teams in the past.

What makes this particular spectacle especially intriguing is the combination of the extreme nature in which it’s unfolded, the circumstances that have caused it, and the implications surrounding it. There are a couple of ways to unpack what we’ve been seeing for the past 6 weeks or so.

First and foremost, it goes without saying that they’ve been incredibly unlucky during this most recent stretch of play. While ebbs and flows are a definite part of the sport, it’s not often that we see a team bottom out this aggressively, for this elongated a time period.

In all situations, so including the power play and penalty kill, the Canadiens have shot just 5.8 percent  while receiving an 0.885 save percentage from their own goaltenders on the other end of the ice.

For some context, last year’s Arizona Coyotes, who weren’t even pretending to try to win games, have been the only team to fall below the 7 percent shooting clip over the course of a full season since 2005. The ‘05-’06 Edmonton Oilers, who hilariously enough were a win away from hoisting the Stanley Cup, were the only team to receive a worse performance in net in all of those years. Even they got an uptick in production from Dwayne Roloson after acquiring him, pushing luminaries such as Ty Conklin, Mike Morrison, and Jussi Markkanen into the background.

Everything else has been essentially a mirror image of what they were doing before the bottom fell out. Assuming they keep playing the way they’ve been playing while they’ve been taking these losses by the bushel full, you have to figure they’ll eventually get a lucky bounce go their way here or there. If they don’t, then all they can really do is throw your hands up in the air and soak in the sights and sounds of the scenic route they’re taking in uncharted waters.

The issue, of course, is that it’s easier said than done to sit on your hands and wait for things to even out. Particularly when you’ve already slipped out of the playoff picture after having sat atop the league not long ago.

It’s understandable that Marc Bergevin and the rest of his staff are feeling the heat to do something, anything really, to provide themselves and their fans with something tangible to cling onto for hope beyond just waiting for Carey Price to come back.

That’s a tricky position to put yourself in as a decision-maker. History has shown us that making changes simply for the sake of making changes tends to be a fool’s errand. I’m not generally an advocate of making decisions from a vulnerable position in a state of panic. It’s a different discussion entirely when you’re dealing with purposefully addressing whatever it is that you’ve identified as the systemic root of the problem.

Which brings us to Michel Therrien, who has admittedly been hamstrung by circumstances outside of his control this season. He’s been handcuffed by not having the league’s best puck stopper at his disposal, a luxury he’d come to take for granted over the years.

On the other end, many of his team’s issues offensively originally started to surface around the time that he lost one of his main driving forces in Brendan Gallagher for 17 games with an injury of his own. While the reality is that players get hurt over the course of a marathon regular season, Therrien’s flailing isn’t unusual; most coaches would be sledding uphill in a similar situation.

Michel Therrien shouldn’t be relieved of his duties because his team has been historically dreadful for ~20 games.

No, he should be fired because it’s been something that’s been bubbling beneath the surface for some time now.

With their margin for error having shrunk dramatically, the minutiae of his game plan has been exposed. While we’re not short on material to pick apart in that regard, of particularly worthy condemnation is his dated, fundamentally flawed breakout scheme. It’s a self-defeating system which entirely hinges on the ability of his forwards to win puck battles in the neutral zone as the defense buys itself some time to reset and get back into position.

In theory, it’s not a totally baseless plan, if only because the team is littered with shifty players that should be able to rely on their speed to retrieve the puck and keep it moving in the right direction. The issue is that in doing so, they’re willingly giving the puck away and playing right into the opposition’s hand.

In the occasions when it works out in their favour, the results have been instant highlights. So much so that you’ve probably seen Don Cherry showcase PK Subban’s spectacular ‘alley-oop’ passes such as this one from a recent game against the Devils:

Very cool. Cherry was hardly the only one to take notice, as evidenced by Elliotte Friedman’s take on the strategy in an early November edition of  ‘30 Thoughts’:

“Wrote a couple of weeks ago about how I’m re-examining my feelings on analytics. Which ones really matter, which ones don’t. Even more importantly, trying to go beyond the numbers. Statistics can lie.

What really surprised me about this is what opposing coaches were saying about Montreal. It was mentioned in a previous blog, but a few of them noted how the Canadiens are more willing than most to simply throw the puck out of their zone if there is no play to make. Their players will tell you Michel Therrien prefers chasing it or regrouping to keeping it under duress. In today’s NHL, that goes against conventional wisdom.”

For whatever it’s worth, statistics don’t lie. That’s a common misconception. The people using them do.

As more data has made itself available over the past couple of years, so has the opportunity to misuse said information. Assuming you have incentive to do so, pretty much anything can be twisted and spat back out to prove whatever point you’re trying to make. In that sense, Friedman is absolutely right. It’s of greater importance than ever before to think critically and ask questions, rather than just parroting things you’ve seen someone say in passing.

In this particular case, all of it really does paint a neat picture. If the Canadiens have really been able to merge their specific style of personnel with a unique strategy to help beat conventions, that’s definitely a notable story, just like we’ve seen with the Los Angeles Kings. They have managed to consistently reach the pinnacle of the game despite dumping the puck into the offensive zone more frequently than we’d typically consider to be advisable. Daryl Sutter astutely realized that’s what his players were best suited for and built a strategy to capitalize on their strengths.

The issue is that in showing a couple of highlights to illustrate it, what’s left on the cutting room floor are countless contradictory sequences. Like when Nathan Beaulieu blindly lofts the puck into the neutral zone instead of taking his time and calmly making a smarter decision, only to have it picked off and immediately brought back into his defending zone before he can even say “uncontrolled zone exit”:

Rinse and repeat. This is something that’s become an increasingly regular occurrence during Montreal Canadiens games this season. Not only does it ultimately suppress their own offense and fatigue them, but it keeps them stuck defending in their own territory, opening up the possibility for a further domino effect of negative outcomes.

I’m all for aggression and creativity, as long it’s calculated and not bordering on reckless. All they’ve done here is somewhat ironically decrease the frequency with which they’re catching teams when they’re vulnerable defending the rush based on how infrequently they’ve been able to get through the neutral zone with speed and control (data was manually collected over a span of 7 games, with Gilbert and Pateryn having been left out because they were only dressed for a pair of games each):

The shame of it all is that it hamstrings what should be one of their biggest strengths as a team: the mobility of their blueline. Players like Beaulieu, Petry, Markov, Gilbert, and Barberio all possess an inherent talent as smooth skaters and/or slick puck movers. That’s a luxury GMs and coaches around the league would kill for. And that’s before even getting to the crown jewel of them all, PK Subban, who’s as dynamic a defenseman as there is in the league. He’s physically capable of doing things others can only dream of.

Rather than restricting it with this particular mandate, the Canadiens should be taking advantage of that, allowing him to freelance and create better opportunities for his teammates with his legs, his hands, and his mind. The moments where he’s encouraged to do that all of that are the moments where they’re the most dangerous version of themselves:

In a roundabout way, this bender they’re currently engulfed in could actually be a blessing in disguise for the Canadiens if handled properly. Even though you couldn’t help but feel like all of the juice would never quite be squeezed out of the orange under the watch of Michel Therrien, it was understandably a tough call to make such a drastic change when they were winning 50 games and advancing in the playoffs.

Now that they’ve been caught up in the perfect storm of misfortune, making the switch to a coach better suited to run the team over the long haul might be more palatable for that front office from a PR perspective given the fanbase’s desire for something to happen. Even if it means owning up to the initial mistake of extending him in the first place, rather than choosing to die on that hill by stubbornly compounding it.

Regardless of how exceedingly difficult it’s becoming to keep shouting it with all of current woes compounding, I’m still of the belief that this can be a pretty good hockey team. The things the Montreal Canadiens do poorly don’t result in a 94.8 PDO (a sum of team shooting percentage and team save percentage to measure “puck luck”).

They’ll get their most impactful player back into the mix sooner rather than later, and eventually whichever hockey gods they’ve crossed will forgive them for those transgressions. There’s still plenty time lift to salvage the year, thanks to the initial cushion they built for themselves early on.

That’s assuming, of course, that they use these doldrums in the meantime to their advantage, rather than becoming prisoners to it instead. Easier said than done, given everything that comes with the market they happen to be playing in and the hits they keep taking in the loss column.