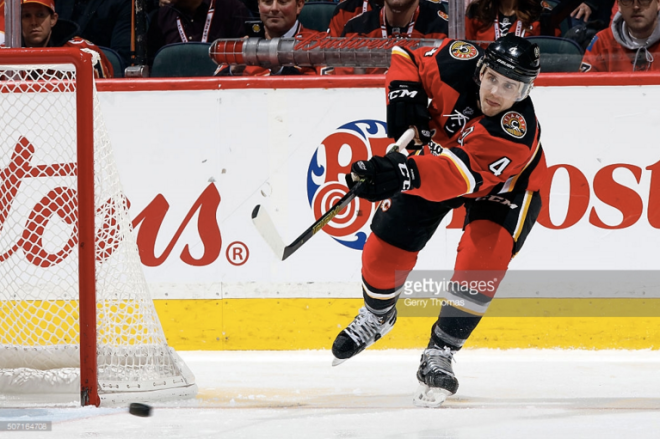 Despite being an immensely fun team that’s won a lot of games by freeing up their players to push the envelope creatively on the offensive end, the question marks about whether the Dallas Stars will be able to viably carry over their regular season success to the playoffs are still omnipresent.

For all of the prolific scoring talent their roster boasts, their conspicuous inability to keep the puck out of their own net continues to be a worrisome subplot. The whopping $10.4 million they’re doling out to their unusual 1A/1B goalie experiment this season has only bought them the 26th best such tandem in the league.

That performance dips even further during the course of five-on-five play, where only the two Alberta teams are surrendering a higher rate of goals against. That, in combination with the recent moves their biggest immediate competition in the Chicago Blackhawks made to address their own glaring lineup flaws, made them a prime candidate to make a splash on Monday.

As such it was no secret that they were in the market for a defenseman that could immediately slot into their top-4 and make a discernible difference, of which there are generally very few available around this time of year. In their eyes, that list was whittled down to just the two names: Dan Hamhuis and Kris Russell.

From what it sounds like the Stars essentially had their pick of the two and chose the latter. On the surface, that determination from their perspective seems like a curious one for a multitude of reasons.

Being an organization that’s been known to be more progressive than most with their personnel decisions in the past, the fact that they just paid a premium for a player that’s been thoroughly flayed by anyone with even a rudimentary comprehension of underlying data doesn’t pass the smell test. Especially since the person that pulled the trigger on the move has for all intents and purposes a flawless history of trades to-date.

One potential rationalization is that the pressure of the moment unnerved an otherwise sure-handed staff, forcing their hand in making an uncharacteristic miscalculation coming from a vulnerable position. They certainly wouldn’t be the first ones to do so.

The other possible explanation is that there’s something they saw specifically in Kris Russell’s game that made them feel comfortable ponying up for him despite an overwhelmingly large number of red flags warning them against it. This was the angle Elliotte Friedman took when he appeared on my podcast on Monday evening, and he echoed those same thoughts in further detail in his 30 Thoughts:

“Analytic acolytes could not believe Nill preferred Russell over Hamhuis. I’ve got no dog in this fight, either guy could play for me anytime, but searched for reasons why Nill might feel this way. I’ve mentioned this season I’m down on analytics, moving toward a preference for player tracking, although one advanced stat proponent I respect warns me to discount Corsi for defencemen at my own peril.

Several teams have said they put great focus on the bluelines — how they exit their own zones and enter the opponents’. So that’s what I do. According to sportlogiq data, Russell is excellent at getting out of his own zone. If you count all of his outlet passes, stretch passes and carry-outs from there, he’s in the top 30 of all NHL defenders. “

There’s a lot of compelling stuff to unpack here by spinning Friedman’s overaching point into a more general discussion. As people that have followed my work this season know I’ve personally developed an appetite for nuanced player tracking. There’s plenty to be gleaned from it.

The one misconception here is that the two means of analysis are mutually exclusive. Not only are they not, but they actually work together as complementary puzzle pieces that come together to illustrate a larger picture of what’s happening on the ice. The distinction between them is that while Corsi tells us “what” took place, microtracking tools such as zone exits tell us “how” or “why” it did. In that way they’re intertwined, with a change in one of them signalling some sort of intrinsic alteration to the other.

Where mictrotracking data becomes particularly useful is when it’s able to be stripped down, evaluated, and then repurposed in a practical manner. By breaking the game down into the 3 separate zones, it’s possible to manipulate certain traits to optimize the overall performance. While that information’s reproducibility and quantifiable impact is still in its infancy stages, lagging well behind that of more concrete possession numbers, that doesn’t mean it’s an area that can’t potentially be exploited.

Especially when it comes to the aforementioned zone exit component of it, which by proxy serves the role of quarterbacking a team’s offense as it attempts to transition from one end of the ice to the other. While doing so in a tidy manner requires a baseline level of skill to make the correct reads and complete the passes in tight windows, there’s a certain pervasive fundamental misunderstanding about what the most effective way to do so is.

That idea is quintessentially captured by the sequence pictured below, one which you could pull other countless examples of from pretty much every single game: 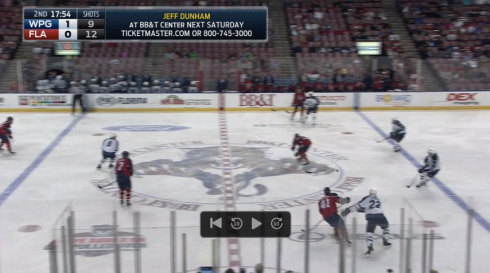 One of Florida’s most gifted puck-moving options in Aaron Ekblad turns a healthy combination of time and space into a meek dump-in from center ice. The puck winds up being promptly retrieved by the opposing defenseman, who goes on to get it out of harm’s way, restarting the cycle. Just like that the Panthers go from a promising position of attacking into having to defend, expending energy just to get a chance to do it all over again.

Regardless of how inconsequential one play like that may seem in the middle of a game filled with hundreds of other similar split second decisions that could go either way, it does speak to a larger systemic process. Stuff like this is unavoidable over the course of a game, but the shrewd teams are the ones that try to refrain from doing so whenever possible. They recognize that changing the inputs will in turn have a tangible effect on both the outputs, and ultimately the overall results.

Effective players and thriving teams come in all different shapes and sizes in the NHL. The path taken to reaching that ultimate goal of outscoring the opposition and winning the game can be wildly different depending on the specific personnel in question. The good coaches are the ones that can account for that by putting the chess pieces they’re given in the best possible positions to succeed for their specific talents.

Being weary of the fit between the Stars and a player with Kris Russell’s resume is completely justifiable. For all of the things Russell does that certain segments of the hockey community revere, there’s a massive disconnect between them and the actual impact they have on the game.

He skates well, he has a level of skill that most other similar possession anchors don’t, and he’s a prolific shot blocker. At the end of the day none of that has really mattered over the near 200 games he’s played in Calgary, though, because the Flames have been outshot, outchanced, and outscored (particularly now that he’s not riding a PDO bender) whenever he’s been on the ice. If the “things” he does well aren’t actually translating into tangibly positive outcomes for his team, then maybe it’s time to start reconsidering what’s important and what’s not.

I’m open to the possibility that Lindy Ruff and his staff will do their best to put him in a more optimal environment by easing up on his workload, and not misguidedly lionizing his shot blocking exploits to the degree which his former team did. Maybe they’ll be able to accentuate the things he does well (like exiting the zone with the puck as Friedman notes), while marginalizing the exposure to all of the flaws that have been submarining his game in Calgary. Utilized properly, Russell could certainly be turned into a perfectly serviceable 3rd pairing option that kills penalties and occasionally chips in offensively.

If he’s able to fundamentally change his underlying statistical profile that’d be an interesting development in the ongoing discussion being had about the influence context has on player performance. Whether that end-game actually warrants the hefty price the Stars paid for his services still remains highly questionable and awfully risky.

One thought on “Kris Russell, Microstats, and Puzzle Pieces for Analysis”